No Widgets found in the Sidebar Alt!

No Widgets found in the Sidebar Alt!

The goal is to end the pandemic, and this goal cannot be achieved if a vaccine is not available to everyone sooner rather than later, including — and especially — those in the poorer countries of the world.

The world is rightly celebrating the unprecedented speed with which vaccines for COVID-19, the novel coronavirus, are approaching manufacture and distribution stages. When COVID-19 vaccines become widely available, millions of lives can be saved, and the loss of US $375 billion to the global economy every month can be prevented.

Yet, while billions of people worldwide await their doses of the new vaccines, many countries are also courting “the tragedy of vaccine nationalism.” With potentially lethal global consequences, these countries are giving unwise priority to the immediate universal national vaccination of their own citizens instead of to a scientifically targeted national and international vaccination, which would be the most effective means of saving lives everywhere and should be the global goal during the COVID-19 pandemic.

Wherever we may live, giving preference to vaccinating our fellow nationals who are the least at risk of COVID-19 infection over people from other countries who are the most at risk is not only morally wrong, but also contrary to our national self-interest. To provide the most protection to people from anywhere, the COVID-19 vaccines must be distributed in ways that will save the most lives everywhere. They must not be deployed in ways that will hasten the turn away from internationalism and toward an insular nationalism. Vaccine nationalism will save fewer lives, and it will pull the nations of the world farther apart at a time when the world must unite to confront the global emergency of the COVID-19 pandemic.

The antidote to vaccine nationalism is vaccine multilateralism. An international cooperative effort should work to distribute the vaccine first to wherever it is needed most, without consideration of national wealth or power. Furthermore, this global effort should get the vaccine to all who need it. In keeping with the common pledge made by all the members of the United Nations in the Sustainable Development Goals, this multilateral effort must make certain that “no one will be left behind,” and it must “endeavour to reach the furthest behind first.” The goal is to end the pandemic, and this goal cannot be achieved if a vaccine is not available to everyone sooner rather than later, including — and especially — those in the poorer countries of the world.

Discovering an effective vaccine is only the first step toward ending the pandemic. This initial step will be followed by an extraordinarily complicated process of production and distribution within and between countries worldwide. This task simply cannot be undertaken successfully by any one country no matter how large or powerful that one country may be and no matter whether it happens to be home to the enterprise that succeeds first in developing an effective vaccine. The novel coronavirus knows no national borders. Attacking us everywhere, it must be attacked by us everywhere through cooperative multilateral action.

Noble attempts are being made worldwide to ensure sufficient multilateralism. As the threat of vaccine nationalism became apparent in the first months following the COVID-19 outbreak, the World Health Organization (WHO), GAVI (the nongovernmental global vaccine alliance), and the Coalition for Epidemic Preparedness Innovations (CEPI) formed the COVID-19 Vaccine Global Access Facility (COVAX) as an intended vehicle for multilateral cooperation in battling the pandemic. The COVAX plan is to buy vaccines in bulk and then distribute two billion doses equitably around the world. This approach would provide enough doses for 20 percent of the people in the developing world by the end of 2021, including all the front-line health care workers and the most vulnerable.

At last count, 184 countries are participating in COVAX. But some of the largest countries in the world are not participating, which threatens to undermine this multilateral effort. Canada, the European Union, India, Japan, and the United Kingdom are taking part. After months of hesitation, China announced in October that it, too, will participate. However, the United States and the Russian Federation have not yet joined. Although US health scientists recommended that the United States enlist in COVAX, President Donald Trump decided not to join. His Administration did not want its endeavours against the pandemic to be “constrained by multilateral organizations influenced by the corrupt World Health Organization and China.”

Instead of acting with others multilaterally to find an effective vaccine, the United States, under President Trump, chose to go it alone. When the Trump administration was asked about its global responsibilities, the reply was that it “would focus on bilateral efforts with international partners and that it would consider supplying vaccines to other countries after Americans are immunized.” In effect, this “America first” policy gives priority for vaccines to low-risk Americans over the high-risk health care workers and other vulnerable people in the rest of the world.

The Trump administration effectively forfeited the role of global leader that the United States has played in past pandemics. This retreat from global responsibility has sparked global concerns that COVAX “could falter without official US support and leadership.”If the United States remains on the sidelines multilaterally, then the deadly virus of vaccine nationalism has a much greater chance of prevailing in a wrought world increasingly wary of international actions and weary of fighting the relentless virus. 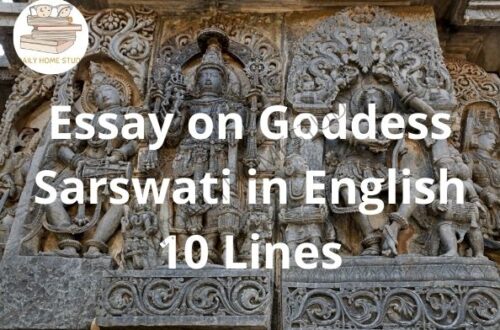